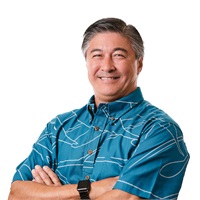 Rob has worked as a Financial Advisor since 1996. He holds a designation as a Chartered Retirement Planning Counselor (CRPC). He graduated from the University of Hawaii with a Bachelor of Business Administration with a specialization in Finance. He is licensed to sell insurance in the State of Hawaii. He also holds the following securities registrations with LPL Financial: Series 7 (General Securities Registered Representative), Series 63 (Uniform Securities Agent State Law ), and Series 24 (General Securities Principal). He is also the current Vice President of the Big Island Estate Planning Council.

The Five Star Award is based on 10 objective criteria associated with providing quality services to clients such as credentials, experience, and assets under management among other factors. Wealth managers do not pay a fee to be considered or placed on the final list of 2015 Five Star Wealth Managers.

The Best financial Advisor Tribune Herald Award is based on reader nomination and online voting.